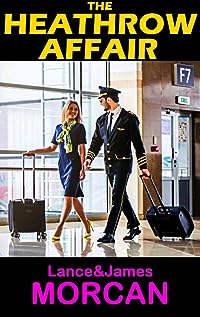 London aircraft engineering apprentice John Woods has the job of his dreams, is married to his childhood sweetheart and thinks life is pretty good. Everything changes when his wife Sandra announces she’s leaving him for another man. Worse, she also advises him she’s pregnant and the child may not be his.It turns out the other man is First Officer Richard King, a dashing pilot employed by the same international airline John works for at Heathrow Airport.When John is blamed for a mid-air incident that has catastrophic consequences for one of the airline’s aircraft and for its co-pilot in particular, he and Sandra are reunited in a way neither could ever have imagined.But all is not what it seems in this aviation love triangle…