Cuba - Pearl Of The Antilles 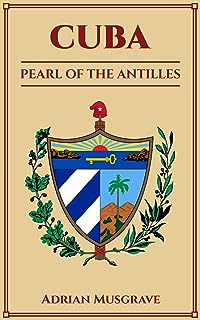 The Great War of 1914 - 1918 has taught the world more in geography and history than a century of ordinary education would have imparted. It has destroyed many inherited prejudices and shattered the complacency which was shackling the imagination that built up the British Empire. As peace introduces a new era of international comity which will test the bonds forged between the Allied countries, this seems an opportune time to present some simple facts regarding Cuba, a young member of the family of nations, that has stood solidly with the Allies from the outset, but of whom the British people know so little. We have special interests in the West Indies, and there are sentimental and practical reasons why we should have a cordial understanding with our largest neighbour there, nearly the size of England.British policy is being determined by a public that cares nothing about other countries unless pestilence, war, earthquake or lynching gives them a news value, while the American Press, on the other hand, teems with articles destined to create a wide interest in Cuban affairs and commercial opportunities. Driven by the enthusiasm and support of their Government, and particularly Theodore "Teddy" Roosevelt, Americans are gaining an increasing share in Cuba's rapidly developing infrastructure and trade. Inspired by all these promising signs, it was the vision of men such as: John Findlay Wallace, John Frank Stevens and Lieutenant Colonel George Washington Goethals, that brought life to the President's most ambitious project, to connect the Pacific to the Atlantic through a canal across the Isthmus of Panama. Within just two years of the opening of the Panama Canal in 1915, thousands of Americans and Canadians were flocking to the Caribbean Islands and, particularly, to Cuba - the Pearl of the Antilles