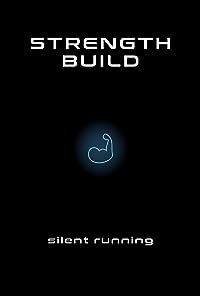 silent running writes cyberpunk.In a neon-drenched near future …billions of humans huddle in dark, dusty cities. Drugs, slavery, prostitution and violence under a neon glare. Deep within the urban trenches, everyday people find solace in implants. Augmentations. Anything to numb the horror of their desperate lives.Nick Stanners has no money. No job. No prospects. He lives in one of the most crime-ridden apartment blocks on the west coast. His girlfriend uses him for a place to stay. His father is on life support. Rent is due next week… Games are Nick’s passion. He's played them all - well, the old screen ones anyway. He's never been able to afford an Immersion tank and the amazing games that come with them, but he's seen the web casts. He knows the names of every superstar pixel runner. His heroes. So when he's picked out of the crowd to participate in a competitive, quest-driven dark fantasy RPG, his brain melts. Could this be his opportunity to get ahead? Or will he be chewed up by the machine, just another failed pixel runner by the side of the road? STRENGTH BUILD is a cyberpunk LitRPG saga.Author’s NoteI’ve seen things you people wouldn’t believe.Sprawling cities surrounded by darkness but beating with hearts of blazing neon. Towering corporate spires, glistening with unholy power through the murk. Crumbling res blocks, squatting like decayed lungs within deep, unfathomable trenches. Teeming steel concourses, umbrellas upright against acid rain. Gangers, dealers, junkers, sorrows, geishas, dark dancers, cybermancers, associates, brutales, devians. Let down by flesh and blood that is all too vulnerable in a dying world. Hoping to find an edge in the technology that binds skin and sharpens the senses, but leeches the soul, pill by pill, implant by implant, sigh by twisted metal sigh.Cyberpunk asks the most sublime of all questions - in the never-ending quest to make our bodies and minds powerful, do we give in to the lust and violence lurking in our hearts?My name is silent running. Grab that implant and travel with me.