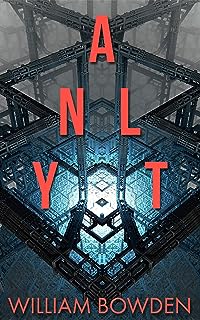 Sci-Fi Thriller Noir, delving into the nature of realityEvyline Marron had been caught at a young age—early enough, it had been hoped, to make a difference, an intervention with good intentions, but which would unwittingly serve as the beginning of an education. How to fit in. How to be, for appearances sake, one of the sheep.Two decades on and the child psychopath is now an accomplished neuroscientist, pursuing an understanding of her own nature by peering into the deceased heads of others. And for that she needs specimens, of which there has been something of a dearth of late, a situation that had necessitated a scheme to encourage suitable candidates to gift access to their craniums upon death, a scheme that has Evyline charming her way into the heads of the great and good.But they just aren’t dying soon enough.And then, quite out of the blue, the cerebral cortex of a very particular individual comes Evyline’s way.An individual possessed of some very peculiar notions indeed.