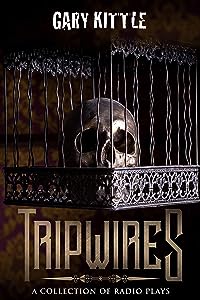 Every year on Halloween three friends meet at an English country pub at midnight, waiting for a visitor who is never late. But uneasy Dave suspects that they shouldn’t have to go through with this ritual year after year, that he can change the future if not the past. He wants answers, but in ‘Black Ice’ some questions are better left unasked.In ‘Hard Shoulder’ young Lewis Brewer has done something awful and when his father finds out what it is he’ll never speak to him again. But maybe Lewis isn’t the only one with recent regrets to hide. Maybe the thing he expects to finally drive father and son apart will be the thing that binds them back together. Meanwhile, in another rural pub, this time on UK election night, a group of students perform an extreme political demonstration against the far-right that severely backfires against them. Now the spotlight is on their actions and their politics, and the target of the demonstration, a candidate for the New Union of Modern Britains, is manipulating the situation to his advantage for all its worth. The local population in ‘The Skin Test’ will have to examine their convictions and their prejudices if a seismic shift in the local political landscape is to be avoided. Another dramatic incident, this time in the dark comedy ‘Musselmen’, threatens to turn a lovers’ tiff into a major threat to national security. Jealousy and impulsivity conspire to make the possibility of a honeymoon in Guantanamo Bay ever more likely, unless jilted lover Big Brother can convince the counter-terrorist agents holding them that it’s only wounded pride that’s at stake, not the future of Western civilisation.Tripwires will raise eyebrows and heart rates in equal measure…