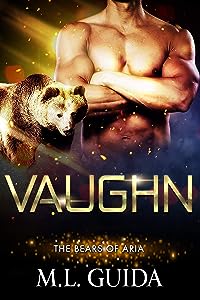 She can save his people. But first, this alien will have to abduct her broken heart… Sandra longs to break free from her cruel stepfather. The brutal scientist took her innocence, her mother’s love, and even credit for her groundbreaking formulas. Traumatized and distrustful of men, she can’t help but be flattered when a handsome alien begs for her help to save his world.Vaughn can’t wait to prove he’s a worthy commander. So when the czar entrusts the bear shifter with the mission to protect their plague-ridden people, he finally has the chance to prove his worth. But when the feisty Sandra rejects his request, he kidnaps the woman he thinks might be his mate.As Sandra’s attraction to Vaughn heats up, their vessel comes under attack from a traitor.Will the scientist and the alien die in space, or will their hearts collide to rescue his people?Unbearable Failure is the second novel in the Bears of Aria sci-fi romance series. If you like intelligent heroines, brooding shifters, and intergalactic adventure, then you’ll adore M.L. Guida’s star-crossed love story. Buy Unbearable Failure to watch a human save an alien race today!