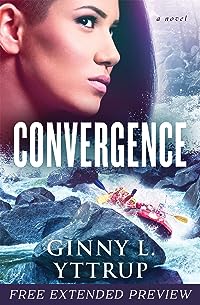 FREE EXTENDED PREVIEW A psychologist paralyzed by fear.   A mother propelled by love.   A stalker bent on destruction.   Psychology professor Dr. Denilyn Rossi contends that the past is either a shadow that haunts us or a force that propels us. The choice is ours, she tells her students. What she doesn’t tell them is that her own past is a shadow she can’t seem to shake. Fear has immobilized her and is taking a costly toll. Adelia Sanchez, however, has embraced Dr. Rossi’s teaching. She is ready to confront fear and render it powerless—using the trauma of her past to propel her to entrap the man who stalked and brutally attacked her. As Denilyn’s past and Adelia’s present converge at the Kaweah River, a dangerous man bent on destruction threatens them both. Will he uncover the secret Deni and Adelia have fought so hard to protect?