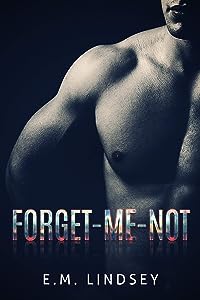 It was a profound moment for Elijah Levi, when he realized his life had gone from middle class, boring gay boy to ex-stripper, current sugar baby to a billionaire. But he wasn’t going to complain about it, even if he was seconds away from breaking the one, cardinal rule Mason Atabey had laid out for him—under no circumstances was he to fall in love.Elijah wasn’t ever one to put much stock in rules though, and he let his mouth get the better of him. Unfortunately, the memory of his confession is the only thing he has left after a car accident robs him of three years’ worth of memories with Mason. As he’s attempting to recover in both mind and body, Elijah comes to the realization that Mason is hiding something from him. And what’s worse, there’s something dark lurking in Elijah’s past and he’s not sure if that secret holds the key to fixing the chaos that is his life or destroying it. Not one to let sleeping dogs lie, Elijah sets out to find the truth, and hopes whatever information he uncovers, he doesn’t lose what matters to him most.