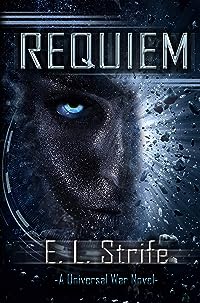 Humanity is no longer a human term. The skies are littered with the debris of battle. A secret is exposed, one that could destroy peaceful life on the planet and within the Universal Protectors. And now Earth must prepare to stand alone against a merciless empire. Shepherds struggle with new concepts of identity, the failing serum effectiveness, and the strain to prepare for what is fast approaching the planet. Their new truths are filled with lies, their strengths with unforeseeable weaknesses. Yet they must form alliances with the survivors in preparation of a new threat, one that few have ever seen.Back Cover:“They were the last to die because of the Suanoa. They passed knowing hope in their hearts, knowing of the mutiny, of the future of freedom. Their spirits rest pain-free and no longer under Suanoan rule. They do not have to fight anymore, but we do.”As the shepherds and Earthlings begin to uncover their hidden past, relations tremble. With the Earth in chaos, the skies littered above, and the threat looming in the stars beyond, they must find a way to fight the new demons within and prepare for their toughest battle yet.“Even on the darkest night, we are their shepherds, their guiding light.”