Tick Tock To Midnight: The Man Of Sin, The Lawless One 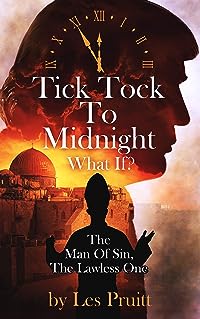 It is the twenty-first century, and the old prophecies have been all but forgotten by the common citizen. But there are those who remember; those who see in President Donald J. Trump’s inexplicable rise to power a tell-tale sign of the end times. Could this military draft-dodger, adulterer, and cunning realtor with a spell-binding grip on the world stage really be the Lawless One, the Man of Sin spoken of in the Book of Revelations? Could he and his right-hand man, Jared Kushner, be poised to plunge the world into chaos?The signs certainly suggest so. While the world may seem chaotic, the author and many others have glimpsed the terrible order beneath. Nothing is out of place—not the new Cold War with Russia and China, not the relocation of the US Embassy to Jerusalem, not the Temple Mount Institute's plan to rebuild the Jewish Temple, not the opposing American and Chinese peace plans for Israel and Palestine, not the deepening of racial division, and not even the looming economic meltdown ... In Tick Tock to Midnight, the author asks What if? What if we’ve been wrong to look to politicians, technology, and scientific reasoning for deliverance? What if the answers are, and always have been, in the scripture? The Mark of the Beast and the Rapture are spiritual truths encroaching upon today's reality. Each points toward one awful inevitability: the coming of the Beast.In startling detail, Tick Tock to Midnight explains how our world will fall: how division, political conflict, and World War Three will lead to natural disasters, global pandemics, and total social collapse. Doomsday looms, and the clock is ticking.