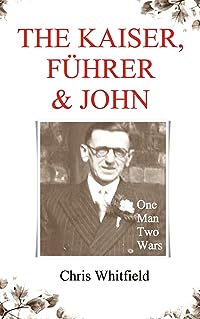 When he died in 1984, John Rollinson appeared to have lived an undistinguished life, and for the majority of his eighty-seven years this had steadfastly been the case. Yet in the Great War between 1917 and 1918, he had trained at the notoriously brutal Étaples Camp in Northern France, experienced the mud hell of the Ypres battleground, and suffered behind the wire as an Allied Prisoner of War on a diet of black bread and acorn coffee. And then during the Second World War as an army cook, he was exposed to the terrors of Dunkirk, subjected to chemical experiments at Porton Down, and forced to witness the horrors of the liberated Buchenwald Concentration Camp in Germany.Based on a true story, The Kaiser, Führer & John is a humbling, remarkable account of stoicism, fortitude, and courage, a tale of two wars told through the eyes of an otherwise ordinary man and his family back home in Liverpool.From the author of Billy, Eric & Adolf.