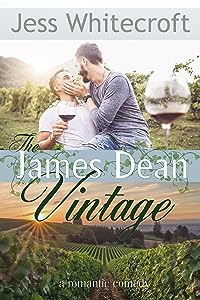 Winemaker Oliver Caron is used to micromanaging, so when a misguided Vegas marriage and a series of interlocking poor decisions lead to him accidentally introducing a one-night stand as his new husband, he can’t let the matter lie. Driven by social embarrassment and the anxiety that the messy truth might kill off his ninety-nine year old grandmother, Oliver finds himself ‘married’ to one James Dean Jackson.Hustler, card-counter, lapdancer, drifter – Dean is seemingly a chronic liar, a human tumbleweed incapable of putting down roots. By contrast, Oliver is as deeply rooted as the grape vines that are his livelihood. Oliver’s idea of heaven is a 1945 Chateau d’Yquem, while Dean thinks veraison is a cellphone provider and once almost did the Pinot Noir monologue from Sideways over a Laurent-Perrier Rosé.As the season unfolds and the grapes ripen, the mismatched pair begin to discover that playing the perfect husband isn’t so hard after all, especially when the other person might just have the thing you were missing all along.