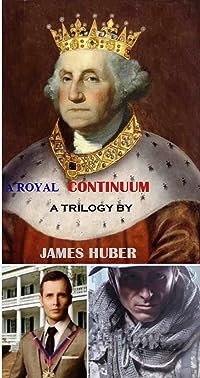 Alternative history dating from the American Revolution to modern times. The names are familiar, Washington, Marion, Knox, Arnold, George III, Maximilian, Santa Anna, Eisenhower, Patton, Roosevelt, but all in highly different postilions.Mexico is the largest and most advanced nation in America, France is an interloper and tries to subjugate New England.Modern weapons and modern soldiers practice the deadly arts of war in a modern time relying on old methods and actions.New heroes arise and new nations are born. America is a diverse continent with as many independent countries as you can imagine.Kings, Princes, Knights (Modern and Oldtime) populate an action packed tome.