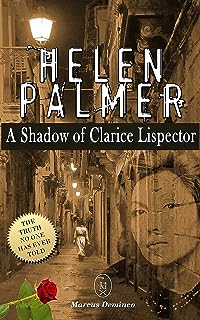 WHY the most important Brazilian woman writer in the 20th century, considered the greatest Jewish writer since Franz Kafka, was known as 'The Great Witch of Brazilian Literature?' What sort of bond did Clarice Lispector establish with the magical universe of sorcery? Why her friend Otto L. Resende always warned her readers to be careful with her texts, saying they were not only literature but witchcraft? “Number 7 was my secret, kabbalistic number. There are 7 keys with which all the songs that exists or that will exist can be composed [...] I assure you that 1978 will be the real kabbalistic year. Every year, I start to live another life.” Despite she having died weeks before starting that so called kabbalistic year, those ritualistic habits and her obsessions for numbers can supposedly clarify why Clarice has promptly accepted the invitation of warlock Simon to participate as a lecturer in the 1st World Congress of Witchcraft.___________ By Best-Selling Writer Marcus Deminco, Author of ‘Vertygo – The Suicide of Lukas”