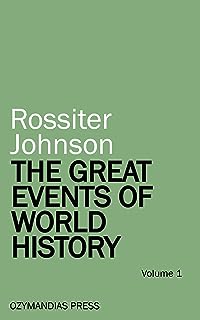 There are three different lines along which we have succeeded in securing some knowledge of these our distant ancestors, three telephones from the past, over which they send to us confused and feeble murmurings, whose fascination makes only more maddening the vagueness of their speech.First, we have the picture-writings, whether of Central America, of Egypt, of Babylonia, or of other lands. These when translatable bring us nearest of all to the heart of the great past. It is the mind, the thought, the spoken word, of man that is most intimately he; not his face, nor his figure, nor his clothes. Unfortunately, the translation of these writings is no easy task. Those of Central America are still an unsolved riddle. Those of Babylon have been slowly pieced together like a puzzle, a puzzle to which the learned world has given its most able thought. Yet they are not fully understood. In Egypt we have had the luck to stumble on a clew, the Rosetta Stone, which makes the ancient writing fairly clear.Where this mode of communication fails, we turn to another which carries us even farther into the past. The records which have been less intentionally preserved, not only the buildings themselves, but their decorations, the personal ornaments of men, idols, coins, every imaginable fragment, chance escaped from the maw of time, has its own story for our reading. In Egypt we have found deep-hidden, secret tombs, and, intruding on their many centuries of silence, have reaped rich harvests of knowledge from the garnered wealth. In Babylonia the rank vegetation had covered whole cities underneath green hillocks, and preserved them till our modern curiosity delved them out. To-day, he who wills, may walk amid the halls of Sennacherib, may tread the streets whence Abraham fled, ay, he may gaze upon the handiwork of men who lived perhaps as far before Abraham as we ourselves do after him.Nor are our means of penetrating the past even thus exhausted. A third chain yet more subtle and more marvellous has been found to link us to an ancestry immeasurably remote. This unbroken chain consists of the words from our own mouths. We speak as our fathers spoke; and they did but follow the generations before. Occasional pronunciations have altered, new words have been added, and old ones forgotten; but some basal sounds of names, some root-thoughts of the heart, have proved as immutable as the superficial elegancies are changeful. "Father" and "mother" mean what they have meant for uncounted ages.Comparative philology, the science which compares one language with another to note the points of similarity between them, has discovered that many of these root-sounds are alike in almost all the varied tongues of Europe. The resemblance is too common to be the result of coincidence, too deep-seated to be accounted for by mere communication between the nations. We have gotten far beyond the possibility of such explanations; and science says now with positive confidence that there must have been a time when all these nations were but one, that their languages are all but variations of the tongue their distant ancestors once held in common...