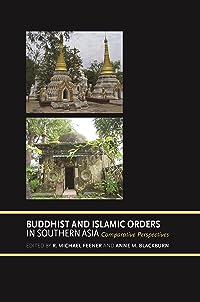 Over the last few decades historians and other scholars have succeeded in identifying diverse patterns of connection linking religious communities across Asia and beyond. Yet despite the fruits of this specialist research, scholars in the subfields of Islamic and Buddhist studies have rarely engaged with each other to share investigative approaches and methods of interpretation. This volume was conceived to open up new spaces of creative interaction between scholars in both fields that will increase our understanding of the circulation and localization of religious texts, institutional models, ritual practices, and literary specialists.The book’s approach is to scrutinize one major dimension of the history of religion in Southern Asia: religious orders. “Orders” (here referring to Sufi ṭarīqas and Buddhist monastic and other ritual lineages) established means by which far-flung local communities could come to be recognized and engaged as part of a broader world of co-religionists, while presenting their particular religious traditions and their human representatives as attractive and authoritative to potential new communities of devotees. Contributors to the volume direct their attention toward analogous developments mutually illuminating for both fields of study. Some explain how certain orders took shape in Southern Asia over the course of the nineteenth century, contextualizing these institutional developments in relation to local and transregional political formations, shifting literary and ritual preferences, and trade connections. Others show how the circulation of people, ideas, texts, objects, and practices across Southern Asia, a region in which both Buddhism and Islam have a long and substantial presence, brought diverse currents of internal reform and notions of ritual and lineage purity to the region. All chapters draw readers’ attention to the fact that networked persons were not always strongly institutionalized and often moved through Southern Asia and developed local bases without the oversight of complex corporate organizations.Buddhist and Islamic Orders in Southern Asia brings cutting-edge research to bear on conversations about how “orders” have functioned within these two traditions to expand and sustain transregional religious networks. It will help to develop a better understanding of the complex roles played by religious networks in the history of Southern Asia.