Criminal in the Oval: The Presidency of Donald J. Trump 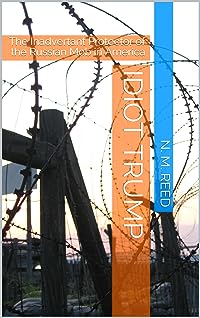 Ruminations on the first year of the Trump presidency, and now beyond. Thoughtful reading of a narrative of thoughts of an American voter. Starting out as a journal of daily and weekly thoughts, its become more obvious that this is no usual presidency. Highly contentious and fractious world-wide, and thought to represent a global populist movement of fascist right thinking, , the evidence begins to surface that the voter numbers in 2016 seem skewed in impossible ways. It will take time, but it will be shown that his presidency was bought and paid for by foreign powers and that it will amount to the first successful cyber political coup in history. And the ramifications will be debated and argued for generations to come.