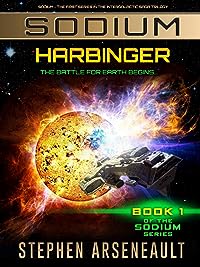 In 1957, a group of wilderness adventurers are confronted with the unexpected. They are forced to defend themselves against an unworldly enemy. Will man's first encounter with aliens force them to run or will they stand and fight? Follow along in this first thriller in the SODIUM series as the unwitting group of hikers determine their own fate.