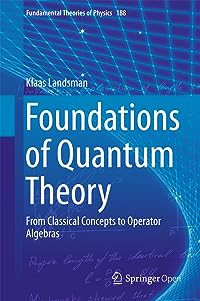 This book studies the foundations of quantum theory through its relationship to classical physics. This idea goes back to the Copenhagen Interpretation (in the original version due to Bohr and Heisenberg), which the author relates to the mathematical formalism of operator algebras originally created by von Neumann. The book therefore includes comprehensive appendices on functional analysis and C*-algebras, as well as a briefer one on logic, category theory, and topos theory. Matters of foundational as well as mathematical interest that are covered in detail include symmetry (and its "spontaneous" breaking), the measurement problem, the Kochen-Specker, Free Will, and Bell Theorems, the Kadison-Singer conjecture, quantization, indistinguishable particles, the quantum theory of large systems, and quantum logic, the latter in connection with the topos approach to quantum theory.This book is Open Access under a CC BY licence.