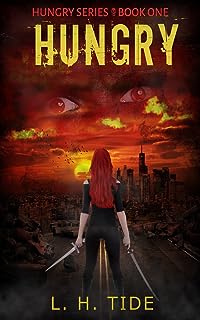 It really sucks to grow up in a Zombie World...As long as she could remember, Red and her parents lived a life of hiding, hording food, and doing their best to survive the living dead hunting them down. Right as they were about to reach sanctuary, her parents were cut down. Red was saved from their fate and adopted into the community, a fascinating city protected by a giant dome and deemed impenetrable walls.But the trauma still haunts her to this day. Vowing to slay every last zombie, she trains in martial arts daily with her friends. She's good, and she tells herself that, soon, she'll unleash her wrath upon the living dead.But her old Master also wants to teach her more than just fighting techniques.The value of patience, in the first place.When some fishy-looking scientist joins the community, promising hope for the future with his strange, fascinating crystal-like substance, he is welcomed with open arms. But not everyone is convinced he is sincere, especially when the increased attacks from the undead coincide with his arrival.Tension builds, tempers fray, and it may be up to Red and her friends to discover the truth before they are overwhelmed from the dangers coming from outside... But also from within.This is the Book 1 of the horror-dystopia Zombie Series HUNGRY.