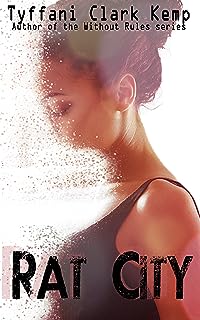 Dalia deals in secrets and information. It guarantees her what equates to a charmed life among the ashes and ruin of Curr. But that alone isn't enough to save her from the culling that has slowly wiped out what is left of the city’s human population. Rat City is a myth, a legend leftover from a time of war, but for Dalia, it is her only saving grace. After a deal goes bad, Dalia is chased halfway across the city and into the arms of William Burke. After tending her wounds, he takes Dalia into his care and offers her a place in their underground society.When Burke and the city's patriarch fail to return from a simple scouting mission, Dalia insists on going along to find them. But life on the desert prairie is dangerous, and she has a secret of her own that could get her killed.