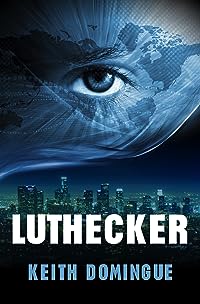 Alex Luthecker can see patterns in people and society—in uncanny detail. He can he tell you the day you will die and the choices that make it inevitable. To Alex, life is simply a map—one that only he can read.And now, he’s about to make his own irrevocable choice—even if it means taking the first step to his own inevitable demise. When Alex steps out of the shadows to prevent a bomb threat in the Los Angeles subway system, he quickly becomes the target of Coalition Properties, the world’s largest military contractor. They see his value as a weapon and desperately want to exploit his talents.They have no idea who they’re dealing with.On the run, Alex joins an underground band of warriors who fight for those with no voice, where he’s able to hone his abilities and turn them on his enemies.But then Alex, predictor of fates, is faced with a choice that he himself never saw coming, when he falls in love with the wrong woman.Now, he has to decide which path to take. With Coalition Properties mercenaries hot on his trail, will he choose to save her life and sacrifice his own, and those of his comrades-in-arms? Or will he save himself and his band of warriors, and leave her to face her fate alone?