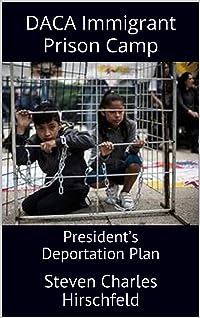 Description: The Deferred Action for Childhood Arrivals (DACA) names are available for the new President to use for good or evil. Obama announced that he would retire and stay out of politics like his predecessors.One exception: That a future president uses names of immigrant childhood arrivals for crooked purposes. Obama suggested he would not lay low as a contented ex-President if such a program could turn around the progress.REVIEW:There is a story within the story.The protagonist's three-dimensional characterization builds on a DNA genealogical test that was intended for government screening. Researching his genetic genealogy, he learns about his mother's affair and his true biological father. Based on a true story. Real-life family scandal discovering the biological father through genetic testing. Emotional family drama revealing the mother's affair and the family secret that returns when research finds the biological parent and dramatic decisions about how it may affect the established family. The story reveals the paternal discovery and decisions that are made before the Son decides if he can expose his secret to his legal dad and become his biological dad's son.About the author: Steven lives in New York. Since graduating from the University of Utah and CUNY he has written over 20 books based upon nonfiction plots that are slightly fictionalized. Prior to publishing he worked at the New York ad agency, Lowe & Partners Worldwide.