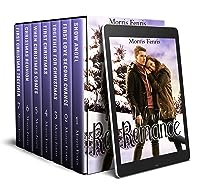 He wrote the book on murder, now his son is dead and all clues lead back to him. When a young man is murdered, Detective Davis and Sergeant Wood are called upon to solve the case, but solving it will be no easy feat. Someone has deliberately staged the scene to point to an innocent man. Now the seasoned detectives must unravel the disturbing details and connect the dots. What they discover along the way will prove to be even more diabolical than initially thought. The deceased left behind clues, but will his clues lead the detectives down the wrong path or will they inadvertently expose corruption and greed the likes of which their community has never seen and how many lives will be caught in the crosshairs?