Driving North - On the Road to Northern Alberta and the Northwest Territories: A Driving Journal 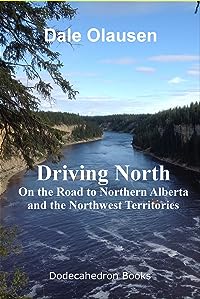 The highways in northern Alberta and the Northwest Territories give one the opportunity to drive pretty far north, without a lot of elaborate preparations and extreme expense. Starting from Edmonton, one can drive as far north as Yellowknife, NWT, without leaving the hardtop, so an average vehicle can do the trip. There are a reasonable number of fair sized towns along the way, so accommodations are not much of a problem, either. The same goes for food, gasoline and other essentials.One can also link up with the Alaska Highway, and the Dempster Highway, and make it all the way to the Arctic Ocean. But that’s another story.Trip number 1 involved driving north through Alberta, visiting several areas of interest along the way, then into the Northwest Territories, to Hay River on the southern shore of Great Slave Lake. The return trip featured a drive through the north-central foothills of the Rocky Mountains.Trip number 2 was a combined air and car trip. We went to Yellowknife, Northwest Territories by airplane, then rented a car to explore much of the area of the north shore of Great Slave Lake.Trip number 3 was a return to Hay River, with a different travelling companion. This allowed one to retrace steps, compare and contrast, and focus on some areas that we had not had time to explore in depth on trip number 1.