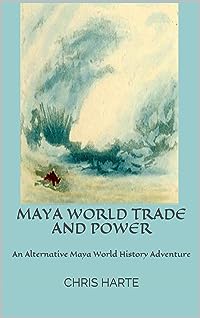 Early 1800's in a reality close to ours. Bonaparte, is in exile, captured in an airship raid. The world is recovering from a long war.Jim Maitland, is a product of Eugenie breeding. The result of centuries of selection by a fanatical sect on the island of Madera. His uncle John Blaine (now head of British Special Services) rescued Jim when he was a baby.The Eugenie sects are split into three groups, physical (like Jim) mental and political. Many of the sects re-integrated into society, but most of the population knows little about them.Steam from ponspacks drives new machines. Nickel is used as the main ingredient in the ponspack, a device that, activated by lightning, produces constant and immense heat.When an animal dies, if they are placed close to a Maya tree then a 'fruit' or pod grows from the tree. For humans, this pod is a red ball, the size of a cricket ball. The pod holds all the memories of the dead person but has no 'soul' no ambition.One of these pods was used to make the automaton, Arnold.Jim, Kes, Marie and Brent start a new adventure. The secrets of the White City become clearer. Arnold gets a makeover. Power grows for Maitland Industries and Kuching Berhad