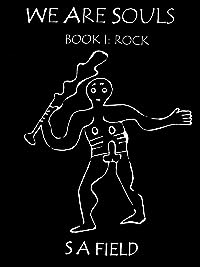 by S A Field

Allen Key is an average modern young man of the scientific, western world; He obviously doesn’t believe in an afterlife, universal justice and certainly not in reincarnation.He was therefore to be somewhat surprised, following an excessive night of alcohol and other complimentary substances, to find himself transported (allegedly by the spirit of his former incarnation) back four-and-a-half thousand years to an oddly-familiar world of racial tension, religious war, and an insane housing market, prime for collapse under the weight of its own greed.Rock is the first in a trilogy uncovering the truth behind our greatest myths, legends and so-called historical-facts, and the most enigmatic monuments of ancient pre-history. There are no aliens, no conspiracy-theories, just dodgy human-behaviour, which is far more believable.A darkly-humorous, irreverent and riotous-rampage through our long-distant past, reflecting the fact that as a species we have clearly forgotten far more than we have learned, misleading ourselves firstly with religion and now science, due to abandoning our common-sense.Warriors and shamans, god-kings and wise-women, parking-wardens and estate-agents, but none at their default-setting. A love story spanning the millennia, and finally a self-fulfilling-prophecy in which even the most cynical reader has undeniably taken part.