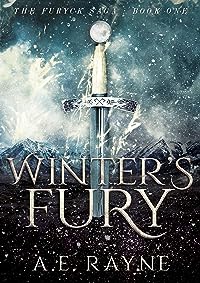 IN A WORLD RULED BY MEN, ONE WOMAN WILL RISEShe was their greatest warrior, the daughter of the king, but her uncle stole the throne and sent her away to marry the drunken son of their worst enemy. Now she must pick up her sword to restore her family’s honour and return to the home she loves.Despite her reputation as a warrior in Brekka, without her father to protect her, Jael Furyck was merely a pawn, a woman to be married off so that her uncle could forge an alliance to fulfil his own desperate ambitions.Eadmund Skalleson has been lost, tortured by the death of his first wife, but his father has lost patience with him. He needs heirs for his kingdom. He wants his son restored to the fierce warrior he once was. And when his young daughter has a dream about Jael, the woman who will save him, he makes an alliance that he may live to regret.Jael and Eadmund will fight against their forced union, but the dreamers know that this marriage is meant to be. It must happen for the sake of Osterland. For without them, without Jael and her mysterious sword, without Eadmund by her side, none of the kingdoms will survive the darkness that is coming to claim them all.Also in this series:The Burning Sea (The Furyck Saga: Book Two)Note: This book contains adult themes and mature content