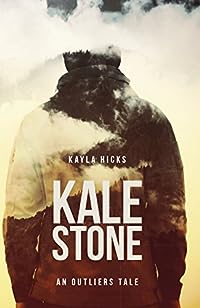 At only seventeen, Jeremy has already had a hard life. His father was killed by bounty hunters, his mother is dying from an unknown virus, and he lives on the outskirts of a powerful city, surrounded by trash and constantly in danger. When the local medicine man reveals that there's more to the world than Jeremy's ever known, he's eager to learn more to save his mother.As it turns out, Kale Stone isn't the only city in existence, like Jeremy has always been told. There are actually five others he's never seen, as well as a secret society built on democracy. The tension between the rebels and Kale Stone's dictatorship builds to a fever pitch with Jeremy caught in the middle—all thanks to a foreign device and a code seen in a dream. Can he ever hope to prevent the imminent destruction of his world?Kale Stone is a tale of action, adventure, power, and corruption, with just a dash of romance. All the twists and turns Kayla Hicks throws at you will keep you on the edge of your seat until the very last page.