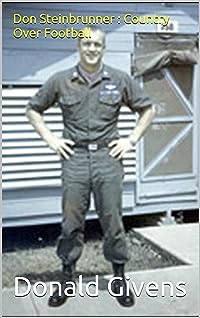 Major Donald T. Steinbrunner was a successful professional football player in the 1950’s. Drafted by the Cleveland Browns, he was an offensive tackle who got lots of playing time during his rookie (and only) season with the NFL. During that time, he’d have the opportunity to play in the NFL Championship game between the Cleveland Browns and the Detroit Lions. Before the next season however, Steinbrunner would be off the gridiron and serving his country as an officer in the United States Air Force. He would later be sent to Vietnam resulting in his death at the young age of 35.