The Caves of Ceres (The Age of Aether) 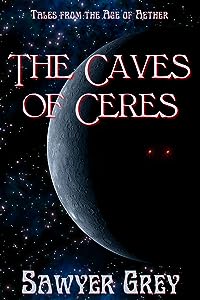 The first two expeditions to the abandoned Martian base on Ceres vanished without a trace.Captain Allen Warren, Royal Navy, is determined that the third will succeed. When he reaches Ceres the ships of the first two expeditions are still parked on the landing field, but there is no sign of the crews except for a single dead man inside the base's airlock.Within days Warren has established a camp near the airlock and teams have surveyed the main levels of the underground base. Everything is going according to plan.But soon the expedition is rattled by rumors of voices whispering in the air vents and automatic lights that turn on when no one is there. People begin to disappear, vanishing in the night without a trace, while the remainder are torn apart by an epidemic of madness and violence. And down in the lowest level of the base there are warnings written in blood about the Great Old Ones.Perhaps Ceres is not quite as abandoned as it appears.The Caves of Ceres is a standalone novella set in The Age of Aether universe.