An American Adviser in Vietnam: My Story 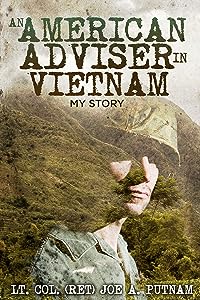 In 1967, Joe Putnam, fresh out of officer training school, is shipped overseas to Vietnam as part of President Johnson’s American Adviser program. Putnam would be one of the American soldiers advising the South Vietnamese Army on how to conduct a war against the North Vietnamese Army and their allies in the south, the Viet Cong. This plan would supposedly keep the Communists at bay without actually getting the U.S. into full-fledged war in Southeast Asia.In his military memoir, now retired Lt. Col. Joe A. Putnam perfectly captures the action, the people, the battles, and of course the mixed feelings of a young man far away from home in a foreign land.Most of all, even now, Putnam wonders why he survived numerous harrowing episodes when others did not.