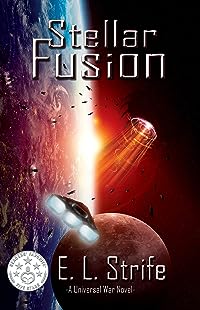 With a mysterious history and an affinity for killing, a Shepherd is called upon to protect a vital secret and push the limits of The Universal Protectors, an organization designed to bring order back into a torn world.The only remaining Rescue survivor, Sergeant Nakio Atana, must face an enemy of unknown origins that is threatening her planet and the slaves held captive in the skies above. But the nightmares, the headaches, her misplaced past, the unpredictable combatants, and the flash of green light she hoped she’d never see again are threatening her focus and, ultimately, their future.