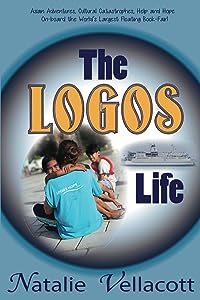 Natalie Vellacott took a two-year break from her job with Sussex Police and joined the Logos Hope Christian missionary ship. The ship, staffed by volunteers from sixty-five different countries, was sailing the waters of Asia. Natalie began by serving visitors in the mayhem of the International Café before moving to the isolated recesses of the ship’s dangerous freezers as store-keeper. Having fallen in love with a group of street teens addicted to solvents in the Philippines, she ended her commitment as administrator of the largest floating book-fair in the world. Join Natalie on her often hilarious adventures amidst an inevitable multitude of cultural catastrophes as she attempts to bring knowledge, help and hope to the people she encounters along the way.