Melania Trump: The Slovenian Side of the Story 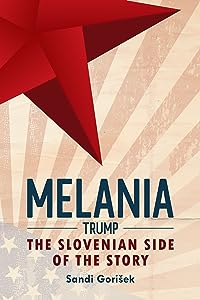 Let’s play a simple game called “Experimental Lottery” in which you win 1 million dollars, but the winner must divide the winnings between himself and a perfect stranger. The catch is that if the stranger refuses his share, you both end up with nothing and you have only one opportunity. In a real case scenario, computer programmed logic would take anything which is common sense since anything is better than nothing, yet the human mind would refuse anything below 20% of the total winnings. Do you think that the share you offer would change if you were raised in humble surroundings with a state driven economy in which all men are supposed to be equal? How much would this differ if you were male or female, if your parents were rich or poor or if you were raised in a rural or urban environment? Do you believe that this decision would be the same everywhere in the world? If not, then enjoy this inside view of the Slovenian, ex-Yugoslavian, rural environment of 30-40 years ago, where commoners, like the next First Lady of the USA, were raised.Knowing the background of a person is for sure less powerful than a first impression, but as it will be revealed later, it is important if you want to understand someone’s acts and predict future ones. Later in this book, you will see a few examples of how and when, in my personal opinion, our common Slovenian soul did and once again will kick in. This is best illustrated with a well-known Slovenian saying that teaches that a wife supports three corners of the house, which refers to women influencing men in a way more profoundly than we can imagine. It is not too arrogant to say that the future of the USA and its population will be partly tailored by the patterns and principles learned from the people of a small, proud nation situated on the sunny side of the Alps.