The Birth of El Scorpion 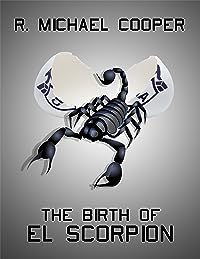 What led to the evolution of Michael Budak becoming the Central Intelligence Agency's leading asset in bringing down terrorists? Follow him from his early childhood when he witnessed the murder of his parents by Al-Qaeda. Rescued by an uncle and shipped off to America to be raised by elderly cousins, Michael plans for the day that he can repay evil with absolute clarity. His hard work ethic and dedication propels him to success in education and athletics. Eventually this leads to the Navy Seal Program which in turn leads him to the CIA. Michael's covert tasks within the CIA become legendary as he is recognized as the man that can perform the most dangerous assignments, Discover how Michael Budak became known as El Scorpion.