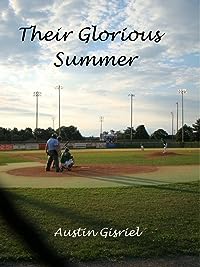 [Article] The summer of 1981 was indeed a fateful one for several young men who played collegiate summer ball in the Valley Baseball League (VBL) in Virginia’s Shenandoah Valley. For a trio of players on the New Market Rebels, it was the beginning of a journey that would see them enjoy lengthy major league careers. For three players on the Winchester Royals, Fate had seemingly propped open the door to legitimate dreams of future seasons in the big league sun as well, but 1981 would be the pinnacle of their baseball glory. It was a summer in which the team with Dennis Clow and Steve Peruso and Clay Daniel bested the team with Tom Browning and John Kruk and Dan Pasqua. Clow, Peruso, and Daniel together totaled 11 minor league seasons. Browning, Kruk, and Pasqua each played in the majors for 10 years or more.Few would have predicted the degree of big league success for the Rebel trio. Browning was almost not allowed to return to the team, Pasqua was briefly dismissed from the team, and John Kruk, well "Johnny" did not fare well when he came up against a broom-stick wielding grandma after he accidentally spit tobacco juice on her carpet.It was the Winchester Royals, founded by Keith Lupton who would go on to be named the executive of the year three times in three different minor leagues, who were the superior team. Their determination, their ability to stage improbable comebacks, and most of all their talent made the 1981 Winchester Royals one of the great summer league teams ever assembled.Set as it was against the backdrop of the 1981 major league players’ strike, the story of the battle for the President’s Cup between the Rebels and the Royals epitomizes that mix of glory and poignancy that produces such passion in those who love the game.An inspiring and easy read at only 7,000 words.