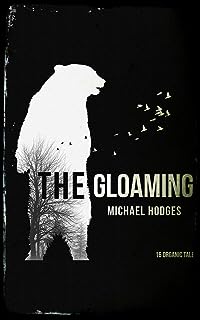 Michael Hodges' debut novel THE PULLER was optioned for film, and his follow-up novel, THE INVASIVE became a best seller. THE GLOAMING pays tribute to those apocalyptic and First Contact themes with 16 epic tales.Fletcher's Mountains: A man travels cross-country, post-oil and WW III, in search of his old friend's cabin in the Montana mountains. But someone is following him....Lost Planes, Lost River: Cessna's belonging to the Wildlife Service keep crashing as the Service attempts to aerially snipe a wolf pack for livestock depredation. The FBI is called to investigate.Hydra: A top scientist discovers a way to extend the human life span by decades, but grapples with the reality humans will be the only species left on the planet if implemented.Uncommon Ally: After meteors wipe out most of mankind, the meteors that crashed into the ocean infect the seas with invasive species. A young rebel snipes the invasive's from shore, and finds an uncommon ally in the great white shark.