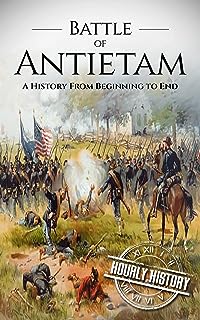 Battle of AntietamThe Battle of Antietam was a turning point in the Civil War. In the span of several hours, there would be more loss of American life than in any other battle before or since, leaving one in four of the soldiers who took part either dead or wounded by the end of the day. Inside you will read about...✓ Maryland, My Maryland…✓ McClellan’s Army✓ The Opening Gambit✓ Harper’s Ferry✓ Dunker Church & The Woods✓ The Cornfield✓ Bloody LaneAnd much more!What led to such a disastrous conclusion? And could something positive come from such an appalling massacre? The focus of the war was about to change. So too was how the American people viewed war as a whole.