Conquered Visions of Tolerance and Tranquillity by Rory Smith: A story of migration and religion. 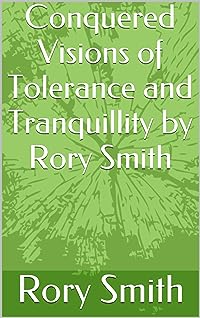 Conquered Visions of Tolerance and Tranquillity by Rory Smith.A short story that looks at racism, sectarianism, migration, war, politics, and terrorism. The Homo sapiens were defeated by the Neanderthals. The Neanderthals have become the apex species. Humans are extinct. In this world Neanderthals have won. Follow the story of Numan Wise a thirty year old beautiful blonde haired Neanderthal archaeologist lady.There are two major religions the Kuglia and Hawkbow. The Kuglia are dominant, and millions are migrating from the Hawkbow lands to escape war, civil war, famine and disaster. The liberal Numan Wise and her boyfriend fight for freedom for the Hawkbow people despite being of the Kuglia religion. Nations include West Bacteria Land, and the United Republic of Democratic Liberal States, known as the URDLS, and the Commonwealth of Free States, known as CFS.A short story that follows a fictional adventure.