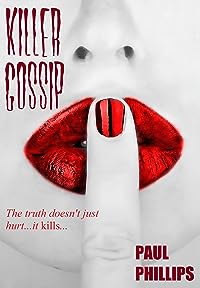 Natasha Altman has had a tough time of it. Her boyfriend dumped her in front of the entire school. Her rival used her father's influence to land the role of yearbook editor, a job that Natasha really wanted. Her rival's close friends like to find ways to embarrass and upset her.

So Natasha decides to get her own back. She wants them to know what it's like to be pointed at and laughed at. She creates some juicy gossip to spread about those who have crossed her, and sits back to watch as her targets get a taste of their own medicine.

The consequences come back swiftly to haunt her. Her targets wind up dead, one by one.

Has Natasha decided on an action far more brutal than telling little white lies? Or is somebody trying to make it look that way?

As Natasha struggles to extricate herself from the tangled web of lies she has weaved, she will discover that there is nothing more terrifying than the truth...