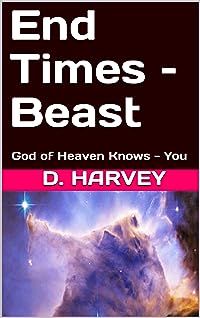 The Beast, the antichrist, he is the satanic ruler of the latter days and he is greatest powerful empire in our history.

He will be the Beast, the eight king, that Satan has prepared, he will be the device and vehicle to go after Israel, persecute the Christians, conquer the world and oppose Jesus Christ.

Jeremiah 7:24 But they hearkened not, nor inclined their ear, but walked in the counsels and in the imagination of their evil heart, and went backward, and not forward.

The people went from spiritual to carnal.

With the United Kingdom voting out of the EU, will be back again when the Beast take over again.

The United Nations, NATO, and the EU are a prelude to the final 10 the Beast will govern.

These nations are leading up to the final 10 districts the Beast will set up.

The headquarters for the Beast will be in Rome, where ancient Rome ruled the world from.

These nations of the earth will give their political authority and military power to the Beast to overthrow the earth.

Revelation 18:24 And in her was found the blood of prophets, and of saints, and of all that were slain upon the earth.

They kill the prophets and the saints of the Lord.