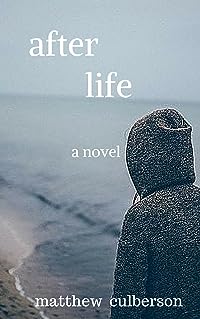 Michael Black knows. He has the answer to the unanswerable. There have been theories, entire religions built to answer this very question. But now Michael Black has the answer. He’s living the dead life, and doing everything he can to survive. He’s no angel, and he’s certainly not a saint. Tasked with being a level one facilitator, Michael learns that being dead is just as much of a struggle as it was to be alive.AFTER LIFE tells the story of a man struggling with his own life after death, as he grapples with the task set before him; answering the requests of the family he left behind, one phone call at a time.​Michael meets a cast of characters that will lead him on a journey through the dead life, an adventure that is only limited by what his mind can create. He will find a way back to the living world, and the consequences of returning to this world will lead him on a downward spiral to the darkness and back again.