Extinction Of All Children (Book 1) 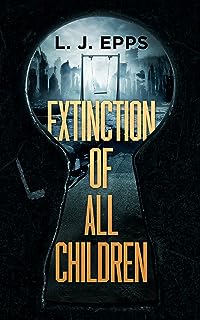 A young adult, fantasy novel about a teenager who is the last eighteen-year-old in her territory. There will never be another child; every baby born after her has been taken away. Everyone wonders why she survived.Emma Whisperer was born in 2080, in the small futuristic world of Craigluy. President Esther, in charge for the last twenty-two years, has divided their world into three territories, separated by classes—the rich, the working class, and the poor—because she believes the poor should not mingle with the others. And, the poor are no longer allowed to have children, since they do not have the means to take care of them. Any babies born, accidentally or willfully, are killed. Emma is the last eighteen-year-old in her territory; every baby born after her has died. Somehow, she survived this fate. During the president’s Monday night speech, she announces a party will be held to honor the last child in the territory, Emma Whisperer. Emma must read a speech, expressing how happy she is to be the last eighteen-year-old. Emma doesn’t like the rules; she doesn’t believe in them. So, she feels she must rebel against them. Her family doesn’t agree with her rebellion, since they are hiding a big secret. If this secret gets out, it will be disastrous, and deadly, for her family. During Emma’s journey, she meets—and becomes friends with—Eric. He is one of the guards for the president. She also befriends Samuel, another guard for the president, who is summoned to watch over her. As Emma meets new people, she doesn’t know who she can trust. Yet, she finds herself falling for a guy, something which has never happened before. After doing what she feels is right, Emma finds herself in imminent danger. In the end, she must make one gut-wrenching decision, a decision that may be disastrous for them all.“Fans of dystopian fantasy will devour this book. L. J. Epps writes a story that, while dealing with heavy subject matter, is still a light, enjoyable read. This dystopian fantasy novel ignites the imagination, and is a must read for fans of The Hunger Games and the Divergent Trilogy.”—Kristina Gemmell,Beta Reader