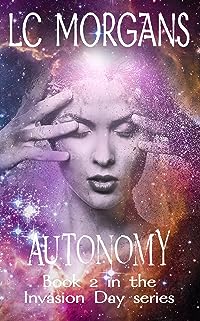 In the year 3030 an alien race named the Thrakorian’s invaded Earth, and won.Years later, and while King Kronus sits on his throne on high for all to adore and worship, or else refuse and perish, rebels have risen up to challenge his reign. They need to be stopped, but he doesn’t seem to care. He isn’t interested in the planet he’s left his underlings to command, however the entire human race continues to serve him blindly.And yet, there are huge discrepancies the likes of which most humans didn’t care to see. But she saw them. Kyra Millan, probably the most devoted human soldier in Kronus’ cause, but also the one with the most amount of questions.Despite everything she’s done and the ladders she’s climbed, or the friends in high places she has made along the way, Kyra has begun to see through the lies. In one awful meeting, Kronus made her life’s work seem like nothing more than a waste of her time and talents, and then he’d sent her away without another word of explanation.But, Kyra knew she would continue to serve him, for what else did she have without her unwavering loyalty to Kronus and his reign?Now, she has to find a way to balance what she knows and how she feels, however neither he nor any others of his kind seem willing to make it easy on her. Kyra still yearns for her leader’s approval and to keep her place within his regime, so much so she’s determined to fight him on the issue—even if she has to break every rule in the book to prove herself right.With the hope she can get away with defying her alien overlord one more time, she’s determined to try and infiltrate the rebels opposing him, whether he wants her to or not.But there’s something Kyra isn’t prepared for. Because when you get in too deep, sometimes it’s hard to remember what’s real and what’s fake anymore…