The Daughter of Nettles 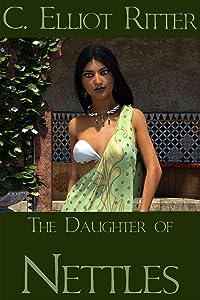 Born under an ill-omen, Nahid’s father sells her to the House of Nettles to become a courtesan to the rich and powerful of Tresdian. Schooled in history and philosophy, Nahid confides about magical ability to a friend and the Matron of Nettles takes interest in her. Eventually Nahid discovers the ability to leave her body and explore the City unseen and the Matron takes her in as a spy and protégée.Nahid begins to learn the game of politics. Two noble houses fight for control of the Temple Quarter and the fallout leads to riot inside the City against the emperor. Nahid is forced to take sides between the bitter but maternal Matron or a beleaguered emperor trying to do the best for the empire.