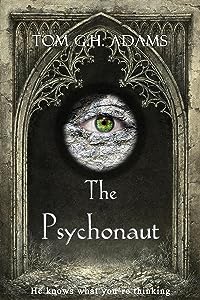 How would it change your life if you knew what everyone else was thinking?
Merrick Whyte has used such a talent to profit from the world of high finance and business mergers. He puts it down to psychology, the study of body language and good background research.
But the game is about to change. Someone is seeking his skills for a different purpose - one that leads him into the clandestine world of the occult.
After falling foul of the law, he learns that discerning between friend and foe is not an easy task, especially when reality gets turned upside down. As he discovers the true extent of his psychonautic talents, he struggles to keep his enigmatic girlfriend, Lotus from being sucked into a conflict that spreads to Eastern Asia.
In an apocalyptic convergence of events, only Merrick and his Outcasts stand between a powerful enemy and the ultimate prize - dominion of this world and the realms beyond the Gateways.