Looking for a Complication 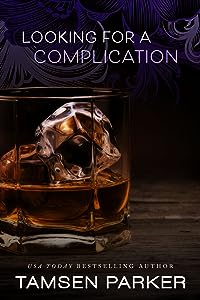 When Astrid Zhao slams into Kinsey Malone’s life—also known as Kinsey’s hastily opened car door—Kinsey has no idea her life is about to get very complicated.Astrid’s a dapper-dressing med student whose brazen confidence and sense of style awaken Kinsey’s dormant attraction to women. Despite Astrid’s own fascination with the redhead, she shies away from their connection, suspecting Kinsey’s not looking for anything more than an ego-boosting flirtation.But after an impromptu date in Boston’s chic South End, it seems as though the spark between them could turn into something more. They’ll have to decide whether to let fears of rejection and disingenuousness hold sway, or take a chance on each other and an entanglement neither of them were seeking, but might be exactly what they were looking for.**Please note: Looking for a Complication originally appeared in the For the First Time anthology in January 2016. Also, LfaC is a 10k word short story. This ebook also contains a sample chapter of Personal Geography**