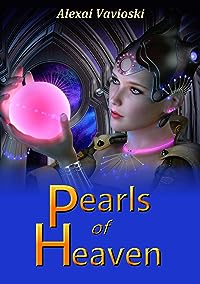 A collection of four science fiction stories, tales of the far future and a time of myths and legends.

1. SOLDIER: In the far future, Earth is at war with an alien race. Dispatched from Earth, a fleet of spaceships to defend the distant colony world of Knosscaris from imminent invasion and death.

2. PEARLS OF HEAVEN: In the distant future Earth is vastly overpopulated. A scientific expedition is sent to a new world to assess its suitability for colonisation and the acquisition of natural resources for Earth.

3. DEVADASI: In an unknown age where humans live a primitive existence. The Devadasi, the keeper of sacred covenants, the ancient wisdom and knowledge of mankind, trained from birth to become a leader of men.

4. THE LEGEND: In the midst of a devastated world, a time of earthquakes and mega tsunamis, there came a young woman of unusual appearance who forged a new world into being.