Tunguska: An Apocalyptic Event Beyond Belief 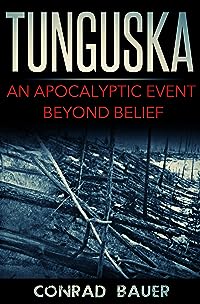 What happened to the Tunguska forest? Scientists have been searching for answers since it happened over 100 years ago! Could the answers lay in the paranormal?
There was a massive explosion on the 30th June 1908. Flattening 2,000 square kilometres of Siberian forest, the exact cause of the incredible blast is still unknown. Some have suggested that the event resulted from a meteor slamming into the Earth’s surface. But no impact crater has ever been found. Other people have suggested that the meteor imploded in the sky above the forest. To this day, it is still the largest recorded impact event to strike the Earth. To this day, the explosion is still something of a mystery.
Thousands of scientific papers have attempted to get to the bottom of exactly what happened that day. With a force comparable to a nuclear blast, the destructive nature of the event is astounding. On the day, 80 million trees were knocked down, and the sound was heard across the continent. In the days afterwards, the night skies were lit up with strange lights. It was just the start of the strange series of events that would add a paranormal, perhaps even extra-terrestrial dimension to the cataclysmic event.
Explosions such as these have the power to end all life on the planet. There’s little that can be done when giant meteors rain down from above. The Tunguska Event demonstrates just how powerful such events can be but also shows us what might happen if we survive. Aside from the existential threat, the fallout from the blast has left a lasting impact not just on mainstream science, but on those who dig deeper below the surface. In this book, we will examine the explosion itself and the aftereffects that have defied explanation. Trying to figure out what caused the Tunguska Event is one thing, attempting to understand how this explosion affected us as a planet is another matter entirely. Could it be that the answers lay elsewhere…